Complaint handling processes and requirements under the Australia Privacy Act

In this article, we will discuss how the Office of the Australian Information Commissioner (OAIC) handles privacy complaints starting from the investigatory phase through the resolution phase of a complaint. Unique to the Australia Privacy Act is the requirement that an organization or agency’s privacy policy must include instructions on how an individual can lodge a complaint against the entity. The OAIC’s website includes a complaint template for individuals to use when contemplating whether to initiate a complaint.

The Office of the Australian Information Commission (OAIC) oversees and investigates all alleged breaches of the Australian Privacy Principles (APPs). A complaint about an act or practice can be made by an individual on their own behalf and on behalf of other individuals with their consent. The Privacy Act also allows for representative complaints whereby a class of people lodge a complaint so long as each member of the class is affected by the entity’s misuse of information. Members of the staff of the Commissioner can provide assistance to a person who wants to make a complaint

Once the OAIC has decided to investigate a complaint, they begin by reaching out to the organization or agency at issue. The Commissioner will provide the entity a copy of the complaint and will also ask for a response from the entity. The OAIC also has discretionary power to disclose the complainant’s personal information to a third party they deem to be relevant during the investigation. If this third party is an overseas entity, the OAIC will discuss possible disclosure with the complainant first. An entity residing outside of Australia could still have obligations under the Privacy Act if the entity has an Australian link. Additionally, the OAIC may disclose information, with consent from the complainant, that relates to the complaint or the investigation it has undertaken to other Australian or international regulators, or to EDR schemes. Throughout the investigatory phase, the OAIC provides updates on the progress of the individual’s complaint.

Resolution of a complaint

The complaint should explicitly state the outcome sought. The OAIC then works to mediate an agreement between the complainant and the organization or agency at fault. Legal representation is not required in the complaint handling process or during the determination process. The OAIC’s main focus is to provide a forum where the parties, in good faith, can come to a resolution through conciliation. If no agreement can be reached, the OAIC will decide the outcome. If, however, the OAIC determines the entity has proposed a reasonable outcome, despite the complainant thinking otherwise, the OAIC may dismiss the complaint because they believe the entity has provided an adequate solution. On the other hand, if the OAIC does not believe the entity has adequately dealt with the matter, the Commissioner will make a formal decision stipulating what the entity must do to rectify the issue. If an APP entity is found to have engaged in a serious, or repeated, interference with an individual’s privacy, the APP entity can face penalties of up to $1.8 million for corporate bodies and $360,000 for non-corporate bodies.  The complainant has the right to seek judicial review of the OAIC’s decision about a complaint with the Commonwealth Ombudsman.

I am a third year at UIC John Marshall law school in Chicago. After my first year of law school I spent the summer clerking for Vandenack Weaver LLC in Omaha, NE and during my second year of law school I worked for Chicago Daily Law Bulletin as a content specialist.  I am passionate about privacy and cybersecurity law and serve as the liaison for the Chicago Bar Association’s Cyber Law and Data Privacy Committee. 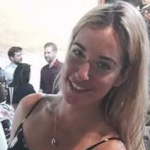 About the Author
Skylar Young

I am a third year at UIC John Marshall law school in Chicago. After my first year of law school I spent the summer clerking for Vandenack Weaver LLC in Omaha, NE and during my second year of law school I worked for Chicago Daily Law Bulletin as a content specialist.  I am passionate about privacy and cybersecurity law and serve as the liaison for the Chicago Bar Association's Cyber Law and Data Privacy Committee.

More from the Termageddon Blog

Using Termageddon with React and Next.js

Why accessibility is important when it comes to cookie consent

Why is it important to use an EU-based cookie consent solution?