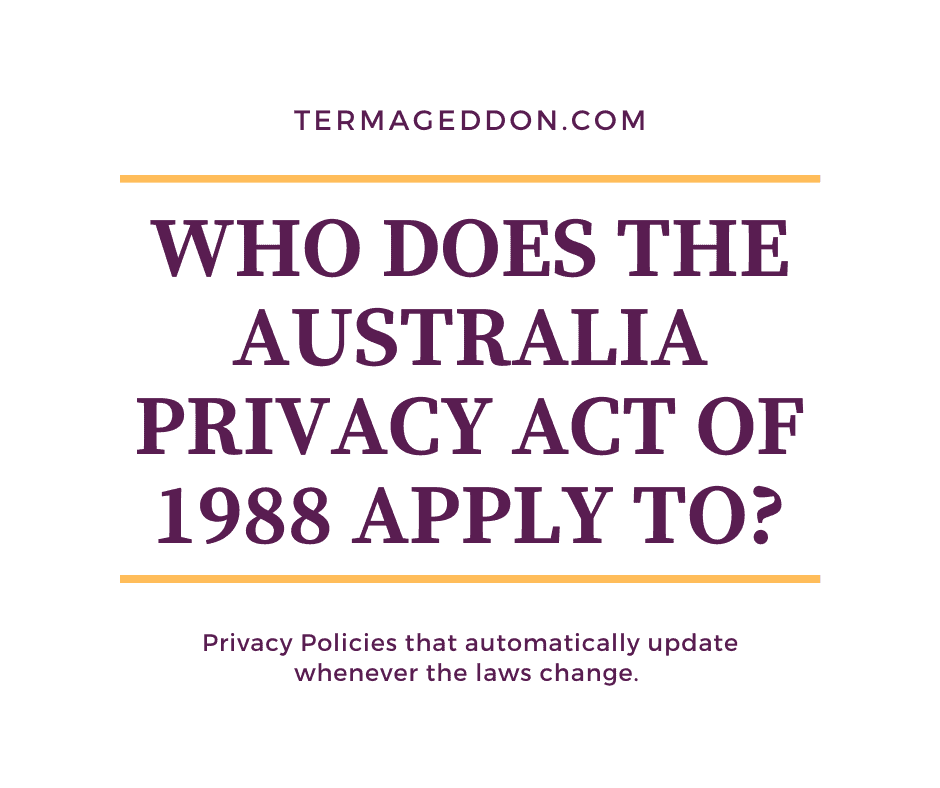 The Australia Privacy Act of 1988 regulates the way in which business entities and federal government agencies must handle personal information. There are thirteen Australian Privacy Principles (APPs) enumerated in the Privacy Act. “APP entities” must comply with the Privacy Act. This article will examine who qualifies as an “APP entity” and is thus subject to the rules under the Privacy Act.

An APP entity is either a government agency or an organization. An agency refers to a federal government entity. An organization includes an individual, body corporate, partnership, unincorporated association, or a trust. A small business operator (including a sole trader) with an annual turnover of $3 million or less does not qualify as an APP entity. However, a small business operator will qualify as an APP entity if they:

The Office of the Australian Information Commissioner (OAIC) website provides two examples of how a small business operator could qualify as an organization for the purposes of the Privacy Act.

APP entities responsible for acts and practices of staff

The Privacy Act does not cover the following actors:

If you qualify as an APP entity under the Privacy Act then there are three key features under the Privacy Act to pay attention to. First, an APP entity must follow the thirteen APPs which are the principles that govern the way personal information can be collected, used, disclosed, and stored. Second, for an entity that handles in any way credit-related personal information, you must follow the credit reporting provisions of the Privacy Act, which regulates the way in which credit-related personal information is to be collected, used, disclosed, and stored. Finally, you should check to see if you’re subject to the obligation to comply with an “APP code,” which is a written code of practice usually specific to Commonwealth agencies. APP entities must be cognizant of the full scope of their obligations in the Privacy Act based on the nature of their business activities. This starts with an obligation to post a Privacy Policy that follows all of the obligations under the Australian Privacy Act for a covered entity. Terrmageddon is the Privacy Policy generator that can help you create your Privacy Policy.

I am a third year at UIC John Marshall law school in Chicago. After my first year of law school I spent the summer clerking for Vandenack Weaver LLC in Omaha, NE and during my second year of law school I worked for Chicago Daily Law Bulletin as a content specialist.  I am passionate about privacy and cybersecurity law and serve as the liaison for the Chicago Bar Association’s Cyber Law and Data Privacy Committee.

Termageddon is a generator of policies for websites and applications. When the law changes, so do the policies, keeping your company protected and allowing you to focus on more important things.